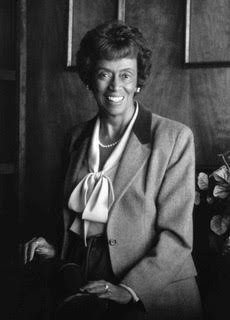 Two summer exhibits, one at the Woods Hole Public Library, and the second in the neighboring Woods Hole Historical Museum, explain the name change of a short but historic road in the Gansett Woods area of Woods Hole. “Renaming Agassiz Road: A Timeline” is the library exhibit. “Honoring Jewel Plummer Cobb” is the exhibit opening June 26 at the Historical Museum.

The library exhibit tells the story of the recent change in name of Agassiz Road to Jewel Cobb Road. When Marine Biological Laboratory (MBL) developed the Gansett Woods for summer staff housing in the early 1920’s, they laid out the roads and named them for early scientists. Recently Woods Hole residents initiated a community wide campaign upon learning that the prominent scientist, Louis Agassiz, credited with inspiring the foundation of the Marine Biological Laboratory (MBL), used his science in support of his racist theories.  Seventeen illustrated panels give a step-by-step narrative of the way the name change came about.

The museum exhibit is a large, illustrated banner that provides information on Dr. Jewel Plummer Cobb, a distinguished scientist and Falmouth resident.  Dr. Cobb was a cell biologist and educator.  Early in her career she worked at the MBL.  Subsequently, she became Dean at several colleges and universities and President of California State University at Fullerton. She was most proud of her mentorship of aspiring young scientists, especially women and people of color.  The exhibit includes fond remembrances of Dr. Cobb from Woods Hole and Falmouth colleagues, friends and neighbors.